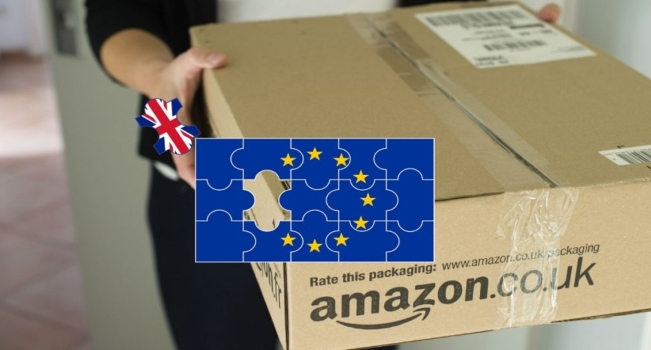 Brexit extension has no effect on your Amazon business

As the largest and leading online retailer with an international recognition, Amazon is committed to supporting and guaranteeing the success of their business partners selling in the UK and across Europe. Thus, customers and businesses associated with Amazon are assured of a continuous business engagement in spite of the United Kingdom and European Union’s agreement to postpone the departure date to January 31, 2020 as against the previous departure date of 31st October, 2019.

Amazon’s assurance to all businesses

Since the European Union agreed to delay the exit of the United Kingdom for another three months, Amazon wishes to assure all of its partners to remain confident in running their day to day business operations without any restraints.

Even though the extension allows the UK to make a decision on whether to leave the EU ahead of the estimated date of January 31st, 2019, the deadline may happen on either December 1st, 2019 or January 1, 2020 if the withdrawal agreement is approved by the UK and European parliament by one of those dates. This would trigger a transition period until December 31, 2020, at the earliest. During such a period, there would be no immediate change to all existing relationships with Amazon.

The UK government continues to advise businesses to prepare for a range of potential outcomes after the UK’s scheduled departure from the European Union, including a possible No-Deal Brexit, which could still occur on January 31, 2020, if the Withdrawal Agreement is not sanctioned. The UK government advises that a No-Deal Brexit could result in a temporary period of border disruption, affecting the movement of goods between the UK and EU countries.

If there is border disruption due to a No-Deal Brexit on January 31, 2020, this could temporarily prevent cross-border fulfillment through EFN (European Fulfillment Network) and inventory transfers through Pan-European FBA. This will include FBA Export orders for UK-based inventory and FBA exports destined for the UK from inventory stored in mainland Europe.

The company expects that goods sent directly to UK and EU fulfillment centers from outside of Europe (for example, the US or China) will encounter minimal disruption. Hence, fulfillment within mainland Europe will also remain unchanged.

Consequently, Amazon will ensure that businesses are informed of any development related to the UKs departure from the EU with regards to regulatory changes, VAT and customs exercise by monitoring the UK government’s guidance on Brexit.